Olga Dies Dreaming is Xochitl Gonzalez’s debut novel. It’s all about breaking free. All the tension that has been created in this book comes from certain questions. How to break free from the manipulations of one’s own mother, from colonial oppression, and more. The book’s title seems to have been inspired by a line in Pedro Pietri’s poem.

The line talks about Olga dying, dreaming about getting a five-dollar raise. However, the Olga in this novel by Xochitl Gonzalez will not meet such a fate.

The lives of two siblings

The protagonist of this novel is Olga Acevedo. She is the daughter of Puerto Rican activists. Her mother is a revolutionary who goes into hiding when she’s 12 years old. A heroin addict, her father dies of AIDS. Olga is then raised by her grandmother in Brooklyn. She performs well while studying in the public schools in New York and graduates from an Ivy League college.

In the summer of 2017, she is 39 and a renowned high-end wedding planner. Prieto, her older brother, is a progressive congressman and a divorced father. He’s also a closeted gay man. This secret makes him vulnerable to blackmail from the evil folks who belong to the real estate industry.

Despite being a self-made, successful woman, Olga suffers from depression and feels stuck. Her brief foray into reality television turns into a disaster. She realizes that she has allowed herself to get distracted from living the true American dream. Even her profession appears tedious and stupid to her. She does the work of manifesting the matrimonial whims of the rich.

The build-up of tensions

Olga also knows how to make her profits from this business. Despite this, she has become disdainful of her clients and grown frustrated by the need to adhere to strict ethics. She enters into certain business dealings that are shady. Even though she has noticed that her clients don’t seem contented, she continues the work. There are no real friends in her life.

She seeks sex devoid of any love with an ultra-rich libertarian, whose daughter’s wedding was planned by her. It appears that she’s sleepwalking through life like her brother, though she has the support of her extended family. Her mother, Blanca, has never seen her children in the past three decades.

Even though she never returned, she has managed to know about the happenings in their lives from afar. Blanca has sent letters full of ideological instructions periodically. When Olga is 25 and in love, she disapproves of her man in one of the letters. She also doesn’t like Prieto coming home to tend to his father who was dying.

Among the most interesting aspects of the novel is the complex influence that Blanca wields despite her absence. Both her children are, in a way, under her control. They’re desperately trying to prove that they’re more than what their mother thinks of them. At the same time, they’re also rebelling against their mother.

The author Xochitl Gonzalez manages to keep the readers hooked when he allows Olga’s mother to dominate her children. This is through the letters that she sends periodically to her children. The only downside are those frequent detours in the novel into the back story. It somehow affects the momentum of the ongoing plot of the book. 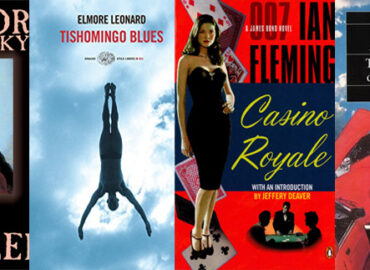 4 Exciting Novels About Gambling and Casinos

Book Review of Sea of Tranquility 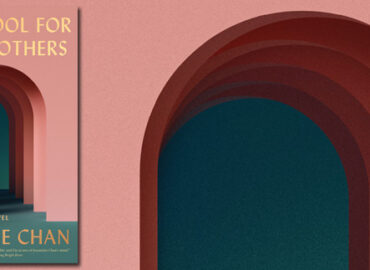